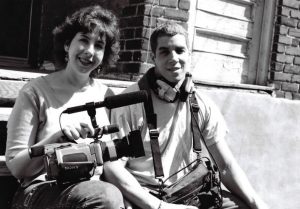 Picture This Productions is an Indigenous owned television and corporate video production company based in Montreal, Canada. Founded in 1995 by Maureen Marovitch and David Finch, our company’s original focus was on story-driven social issue documentaries.

After winning awards for our films at Hot Docs, the Vancouver International Film Festival, the Worldfest Houston, Yorkton and many more festivals, we also began developing and producing documentary series and interactive content for our broadcast partners. Our recent hits include APTN’s exciting sports series Arm Nation and the CBC online series Seen & Heard.

In 2009, we created a corporate unit. Since then, it has produced over three hundred videos for North American and international institutions and corporations.

Who We Work With