What You Need To Know About Stock Footage

Stock footage has a bit of a bad reputation as being bland or second-rate. But when you can’t get out to film, creatively using stock shots into your marketing videos can be a great solution.

SO WHAT IS STOCK FOOTAGE?

Basically, it’s any professionally-shot images that are uploaded to a site like Istock or Adobe Stock where you license the shots for a fee to use in your own video. 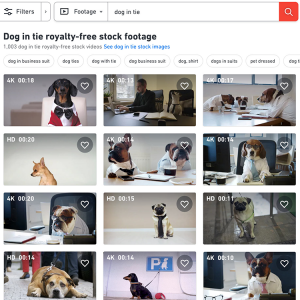 HOW MUCH WILL IT BE?

There are different kinds of licenses for using footage, and pricing depends in part on where the shots will ultimately be used. Is it an internal training video for 1000 employees or an international ad campaign? The pricing will be very different in each case. You can expect to pay anywhere from a hundred to several hundred dollars per shot. Your production company can take care of purchasing the footage and acquiring the rights for you.

Not sure what kind of footage your next project needs? Contact us to discuss your video, and to receive a free estimate!