7 Ways to Prepare Your Workplace For Filming 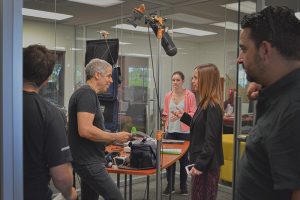 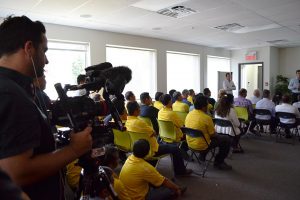 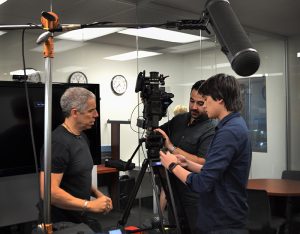 Bringing cameras to your office or manufacturing facility means it is like getting ready for a mini invasion.  On the plus side, it’s convenient for those being filmed. It’s the ideal way to show off your work areas, processes, and team. But it can cause some disruption in the usual workflow.

Here’s a checklist to keep things moving as quickly, smoothly and efficiently as possible!

Ideally, the camera team should visit your premises before the shoot to look at the best places to set–up and film. Allow them to scout out for lighting, sound, and potential problem areas. If that isn’t possible, having someone at the company take photos of your facility a few days prior to filming can also help.

Arrange for nearby parking and unloading areas, as your film crews may have several cases of lights and other equipment. Also advise security staff of their presence, especially after hours or on weekends, when they might otherwise be locked in or out by security systems

3. Get everyone on board

Explain to your staff what is going to happen during filming, when and for approximately how long. The director can assist via email or phone beforehand by addressing frequently asked questions and concerns – like what to wear and what they might be asked to do or say.

Be sure to clean up clutter, messy desks, and workspaces. We’ve had to edit out shots and scenes after clients later found the mess gave their company a bad impression. Also, check the walls and shelves for posters, calendars and personal material that you wouldn’t want to be seen on camera.

Arrange for one person from your organization to facilitate the film crew on the day of filming. Their job will be to accompany them through the facilities and manage employees who might be needed on camera.

Advise the crew of any proprietary equipment, processes or areas that should not be filmed before or even during filming. However, should any visual mistakes make it on-screen unintentionally, you can potentially fix the problem during the editing phase.

And finally, people who rather not appear on-camera should be asked to move to a different area while cameras are rolling. If that isn’t possible, the camera team can choose angles that don’t show the workers or only their backs.

Is your organization ready for a promotional or training video to be filmed on its premises? Contact us for a free quote to get things rolling.