On May 22, 2010, The Canadian Museum of Nature reopened the Victoria Memorial Museum Building (VMMB) following a six-year $216M renovation. Picture This Productions’ team spent a year following the final year of this epic renovation project.

More than 35,000 visitors passed through the doors over the three-day opening weekend! They marveled at the renewed galleries, new spaces, including the Queens’ Lantern, the Salon, the NatureCafe, and the heritage Atrium.

However, these visitors didn’t fully grasp was all the behind-the-scenes infrastructure and functional upgrades that had modernized the building. Changes include the steel reinforcement, the South Wing’s proper Shipping and Receiving entrance, workshops, and animal care. In fact, the museum implemented new safety and security systems.

A decade after this milestone, the museum invites viewers to enjoy the documentary A Modern Castle that our production company shot and edited in 2010, and broadcast on Discovery World HD in 2011.

Watch the building of the new galleries, the renovation of the heritage “castle” and the restoration of heritage elements. Marvel at the emergence of the Queens’ Lantern. See dioramas get deconstructed and moved, and the blue whale skeleton assembled for display. Hear from all the stakeholders who helped update the museum for the 21st century. These people include PKG Joint Venture Architects, PCL Construction Ltd, the museum’s exhibit developers, and general staff.

So, if you want to read more about the Museum of Nature and how they deal with protecting their specimens during the COVID-19 shutdown, check out this fascinating Globe & Mail article. 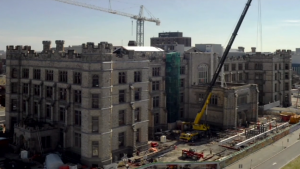 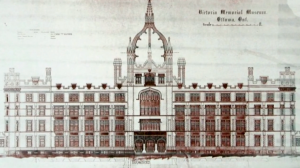 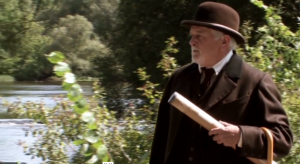